As twenty-first century Americans, we labor under enormous levels of taxation and witness the preferential application of those taxes to some people, groups, and businesses, while others are spared.  Both taxes and subsidies have consequences and are used by government to shape citizens’ behavior.  A taxed activity becomes less desirable and thus less common, while a subsidized activity becomes more attractive.  The higher the tax rate, the less attractive any given activity becomes.  When the burdens of taxation cause more pain than a person is willing to bear, he or she will make a change to reduce that pain — whether that means moving a business, closing it down outright, selling property that has become too over-taxed to keep, or leaving the job market rather than keep working for a fraction of what is really earned.

What do I mean by working for a fraction?  Simply look at any given paycheck.  Before you ever see it, the federal government requires your employer to withhold your Social Security tax (6.2%); in theory they are putting it away for your retirement in a “trust fund” or in a “lock box”.  Unfortunately, they don’t actually save it for you — it’s already been spent by the time it reaches Washington.  Future Social Security payments will be funded by future workers’ contributions, not by anything set aside from what you sent in.  In addition, your check is missing the 1.45% for Medicare.  You may believe that’s withheld and set aside to provide your future healthcare at the time you start receiving your Social Security-based retirement payments.  But however altruistic the intent might sound, they aren’t saving that for you either.  They’re using it to pay today’s bills, and you’ll be relying on future workers to pay the bills when you retire and get sick.

Along with Social Security and Medicare taxes, your Federal income tax gets withheld, ranging from 10 to 35% (depending on your income).  Maine state income tax takes from 2 to 8.5% (again, depending on your income).  If you’re self-employed, then you get an extra tax of 7.65% to make up for the Social Security and Medicare portions that an employer isn’t sending in on your behalf.  So, that looks like anywhere from 17 to 58% of your money has been taken from you before you ever see it.

Does that seem like a reasonable amount?  Even during Egypt’s great famine, when the people sold everything they had to Pharaoh — including themselves as slaves — they only had to give 20% to Pharaoh [Genesis 47:20-26].  When the Israelites demanded a king rather than judges, Samuel warned them that they would lose 10% to the demands of the king [I Samuel 8:11-18].  Yet, somehow we think that 17 to 58% is normal and reasonable in a “free” society?  At least the state and federal governments have left you between 42 and 83% of your own money, right?  Sadly, no.

Before you spend anything of what’s left, it’s necessary to start saving up to pay the property tax that will be due within the year…paying for the privilege of keeping the land you already own.  If you think your property tax is too high this year, you could pick up your phone to call the town office and complain, but the telephone company adds roughly 30% to your phone bill for various taxes and government-mandated fees.

Instead of calling, you could drive down to the town office to complain…except that you need to be licensed by the state, and using your car requires you to pay a yearly excise tax, as well as get a state-mandated inspection and a state-approved insurance policy.  You’ll also need gas to get there, which includes nearly 50 cents per gallon for state and federal taxes.

If you’d rather skip the taxes for the phone and the car, you could just walk to the nearest store to buy a pad of paper and a box of envelopes; then you could put your over-taxation concerns in writing.  You can’t escape taxation there either, though — your envelopes and paper just cost an extra 5% for sales tax.  If you find a better deal for your writing supplies online and decide to place an order, then the state will be more than happy to charge you “use tax” when you file your yearly income tax, simply for the privilege of using items in Maine that you bought elsewhere.

At this point, it might be tempting to just accept the status quo and decide that complaining would only subject you to further taxation.  What better way to unwind than to just walk back to the store, buy yourself a sandwich, and sit down in the sunshine and relax?   Relaxation is fleeting, however, when you realize that your sandwich just came at a 7% premium because the state government wants to penalize you for buying prepared foods.  The soda you bought with your sandwich also required an extra 5 cent deposit because the state doesn’t think you’ll recycle the bottle unless they hold your nickel hostage.

Having witnessed just some of the taxation — which now touches nearly every aspect of life — it seems all that’s left is to stay home and save your money.  Although, if you keep it in the bank and earn any interest, it’s taxable as income.  If you put it in other investments (real estate, stocks, precious metals, etc.), you’ll get to pay capital gains taxes.  You might be able to hide your cash in your mattress, but with the Feds’ printing presses rolling out more dollars, government-driven inflation will shrink your hidden dollars’ value every year.

What is the solution?  Be as free as you can today, while fighting for your children to be more free tomorrow.  Avoid debt.  Do not depend on the government for services that should be in the jurisdictions of family, church, and local community.  Learn Biblical principles and how they influenced early American history and our Founders’ vision.  Realize how far we have fallen as a people.  Vote for leaders who love liberty and embrace the Christian principles that were central to the country’s founding.  And pray that the hearts of the American people will turn to God in a mighty way, relying on Him for their protection and provision. 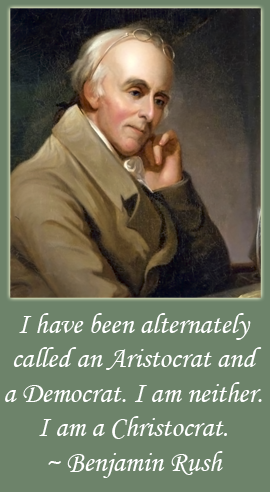 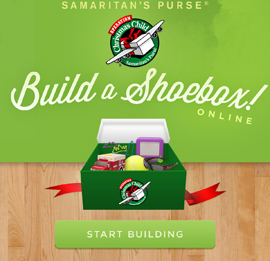